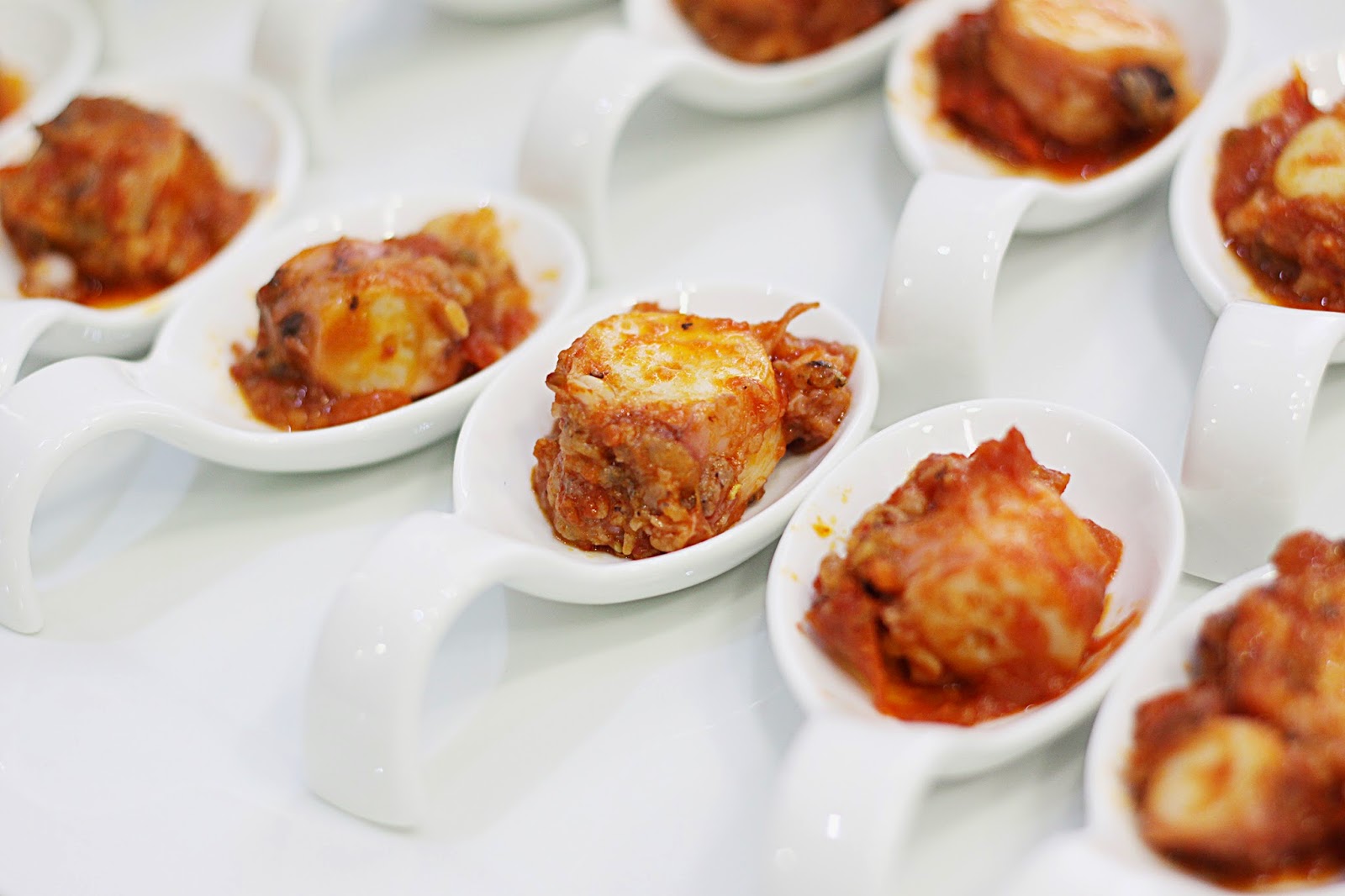 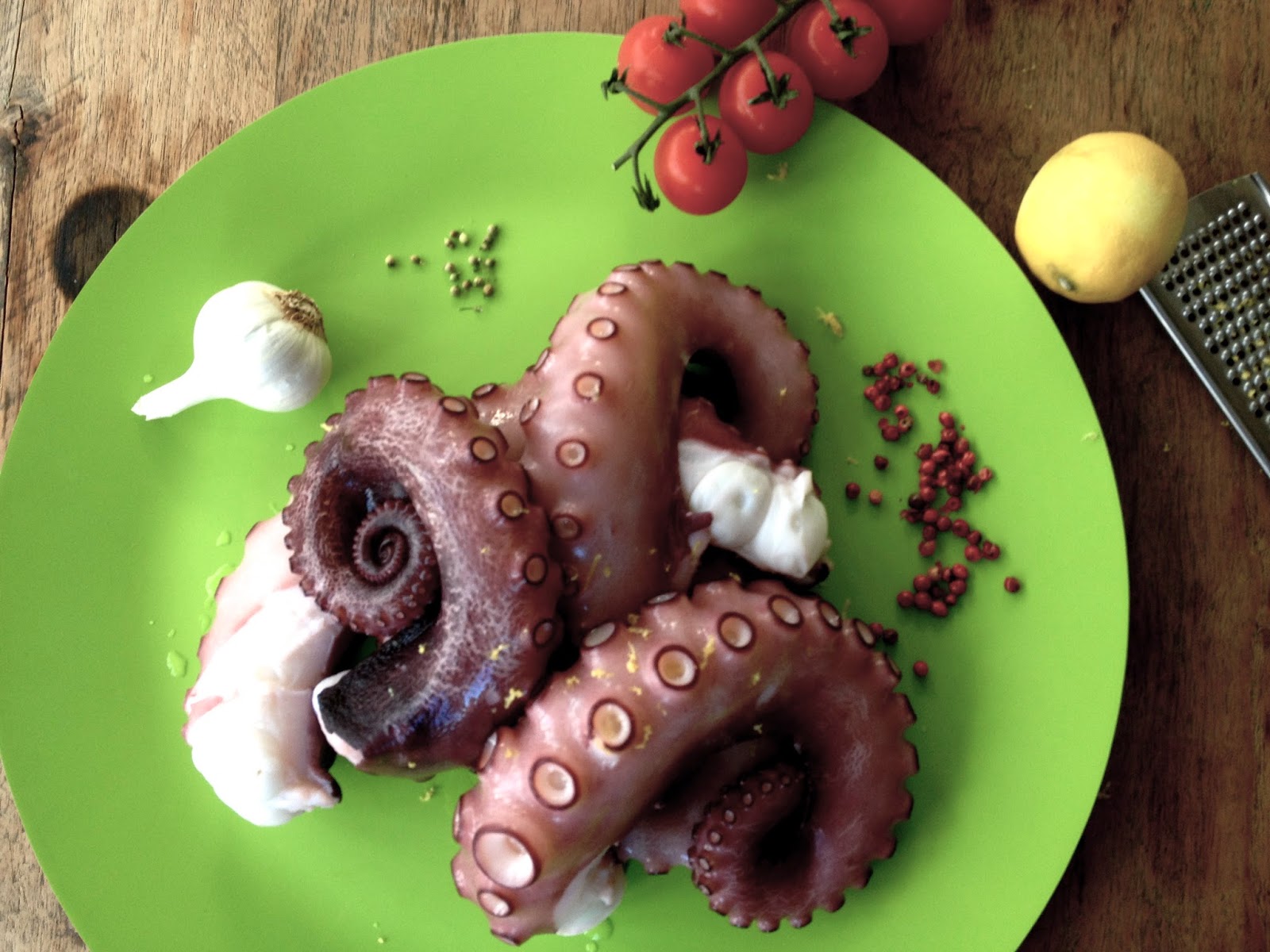 I’m going to post some easy recipes of traditional dishes, such Polp Allada, a typical dish of the Catalan tradition of the northwest of Sardinia, with the technological improvement offered by the progress. Sous-vide cooking is a method that was developed in France in the 1970′s but that has gone mainstream only  in recent years. I think where sous-vide excels is at maintaining the integrity of ingredients in a way that was once impossible, and that’s achieved by cooking food in air-vacuumed bags for an extended period of time at relatively low but tightly controlled temperatures.
Octopus is a notoriously tricky ingredient, one wrong step can lead you to chew on a cephalopod chewing gum – and it’s just as bad as it sounds. When you get it right though, it’s pure bliss. Sous-vide is a great technique to use on octopus as it produces perfectly tender tentacles without the hassle. You can then finish them up on the grill for a little bit of char just before serving or, as you do in this recipe, deep frying before combining with the sour and spicy depth of the allada sauce. 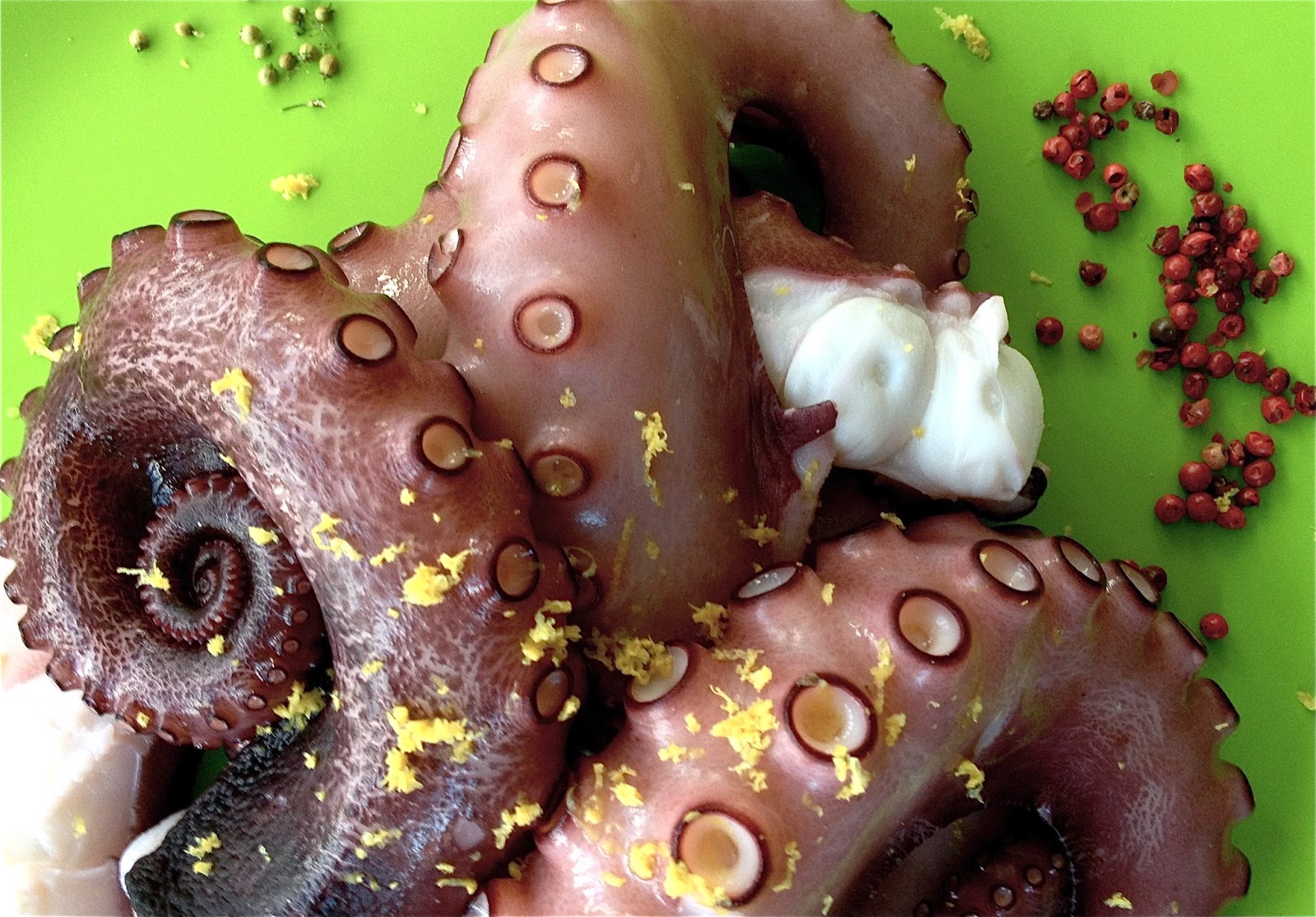 pinch of salt and pepper

Cut the garlic and place it in a hot saucepan with olive oil. Add the sundried tomatoes finely chopped. Stir gently then add the the peeled tomatoes which have been finely chopped too previously. Add bay leaves and vinegar and let evaporate. Then lower the heat and let the sauce reduce. Throw in the octopus (either whole tentacles or you can cut them in small pieces before), adjust with salt and pepper. Stir for a minute or two and then turn off the flame and set aside to cool off.
Place the polp allada in a non reactive bowl, making sure that the sauce cover the octopus and let it rest in the fridge over night.
You can serve it cold or quickly reheat before serving. 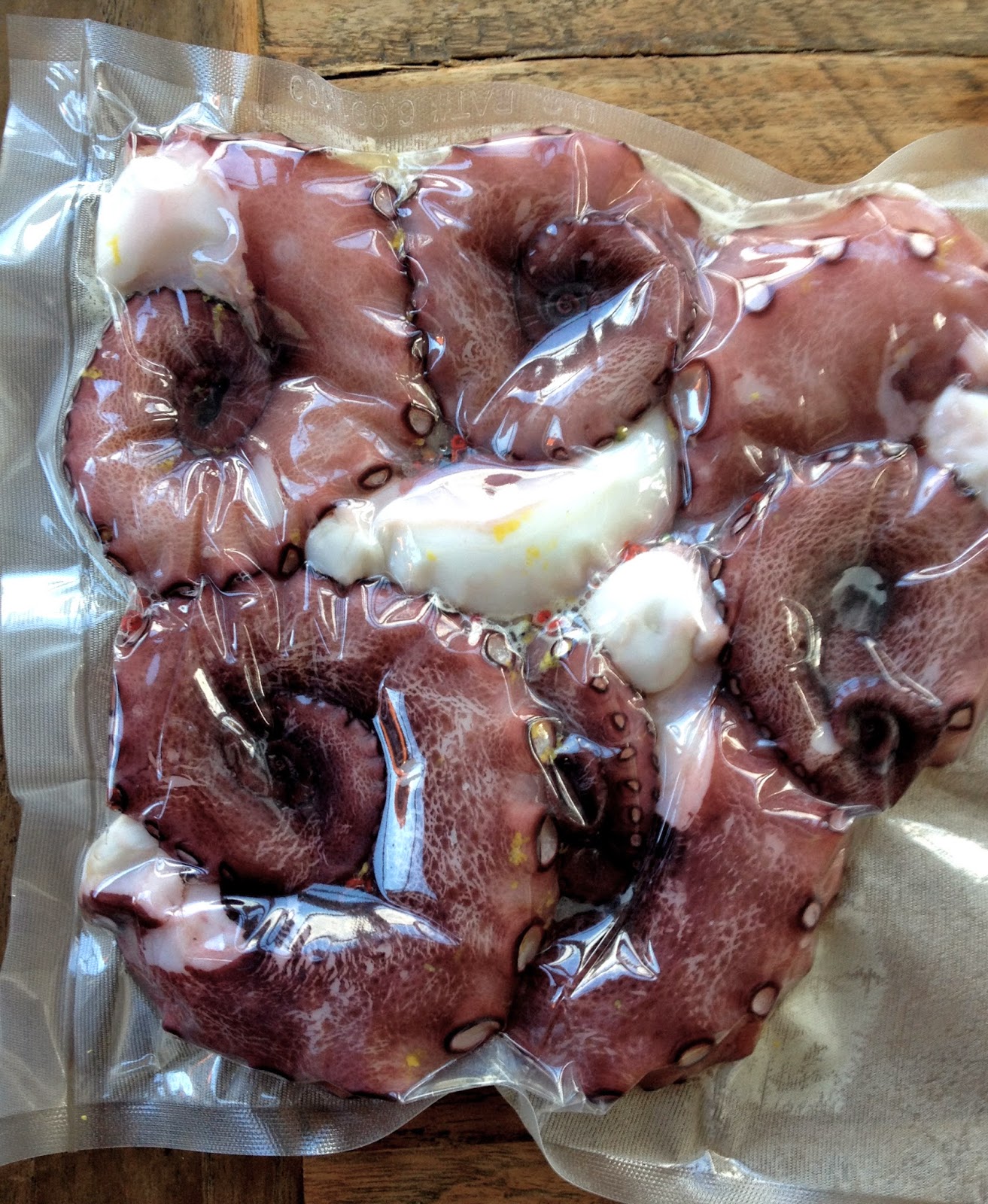 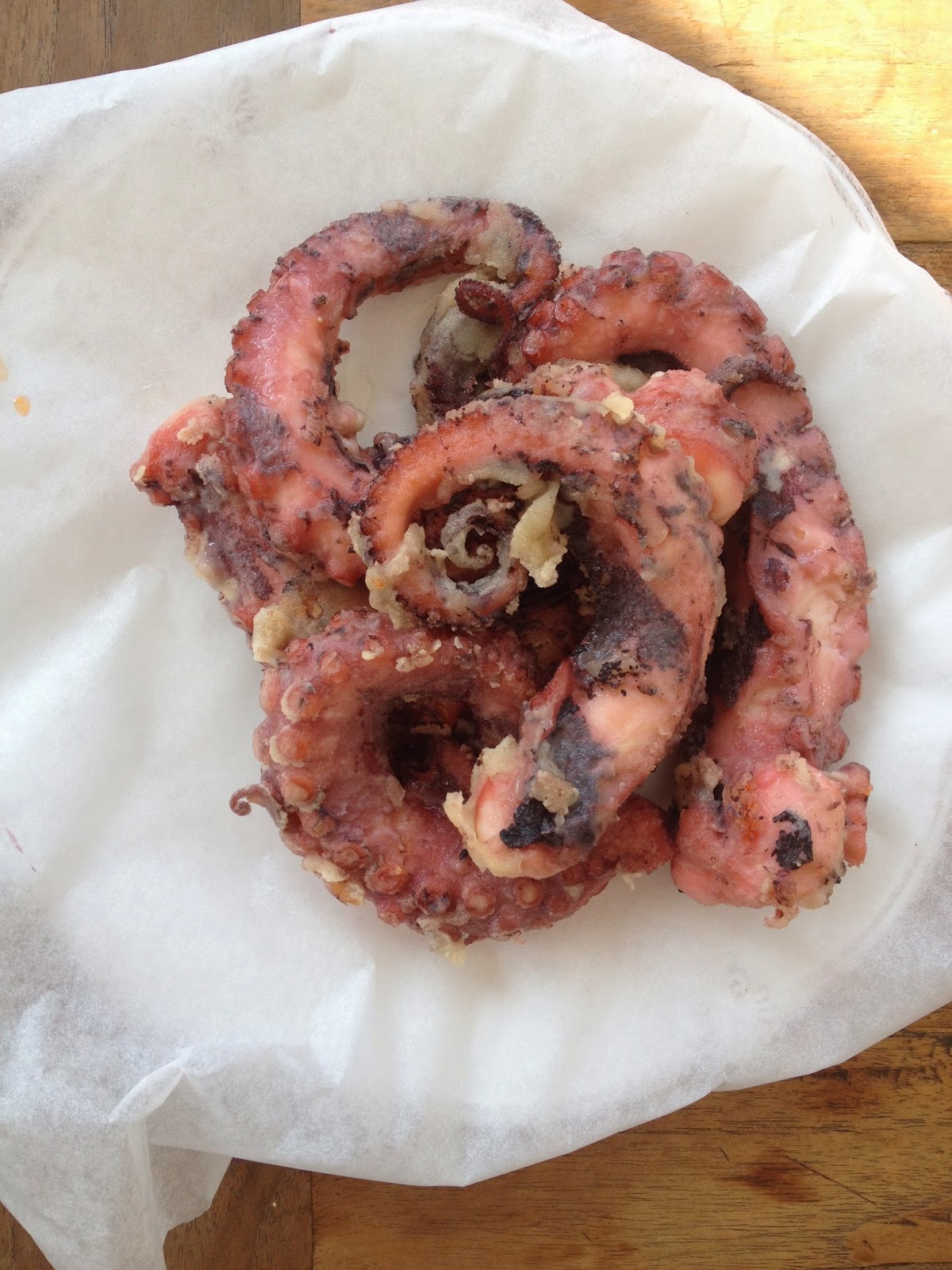 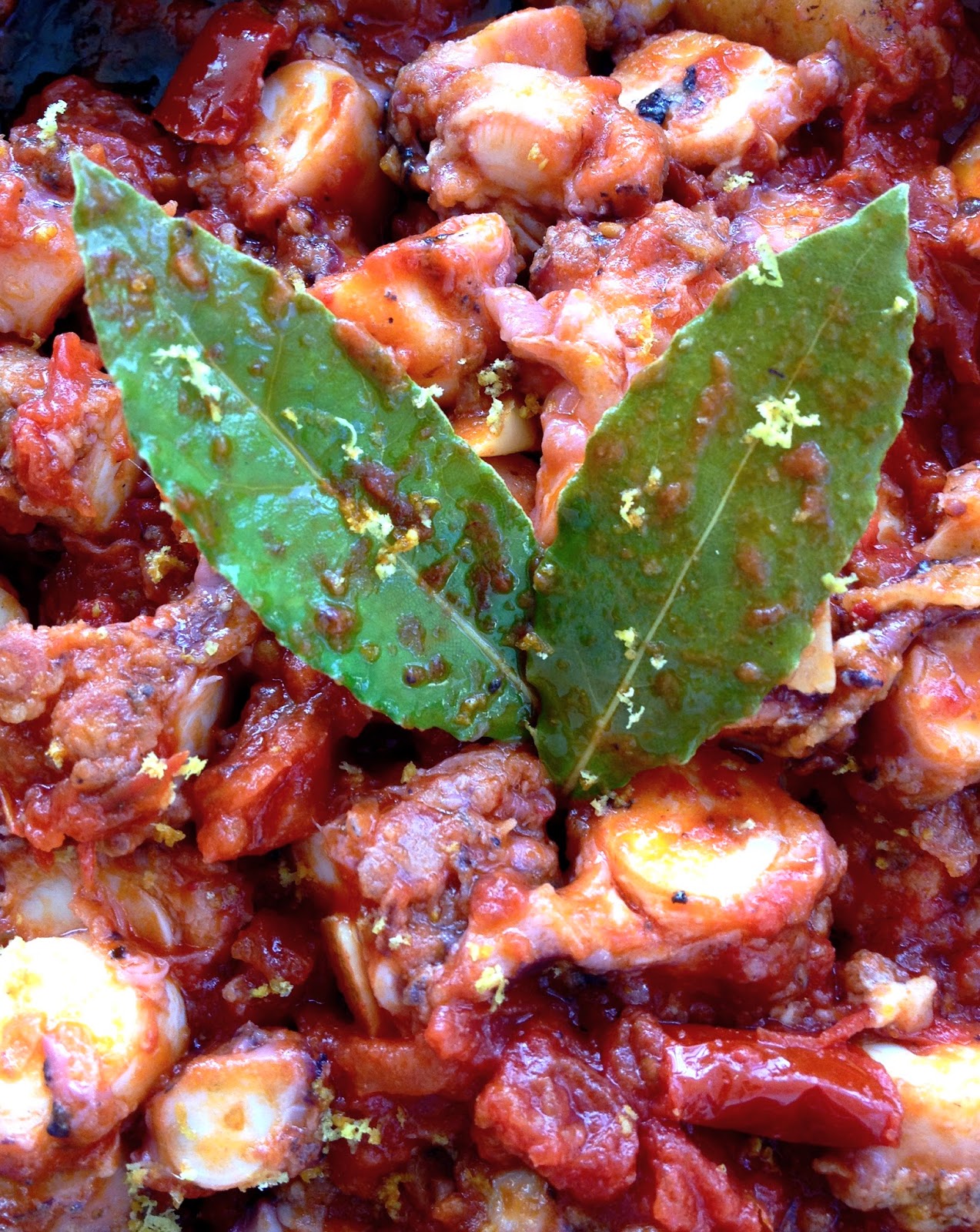 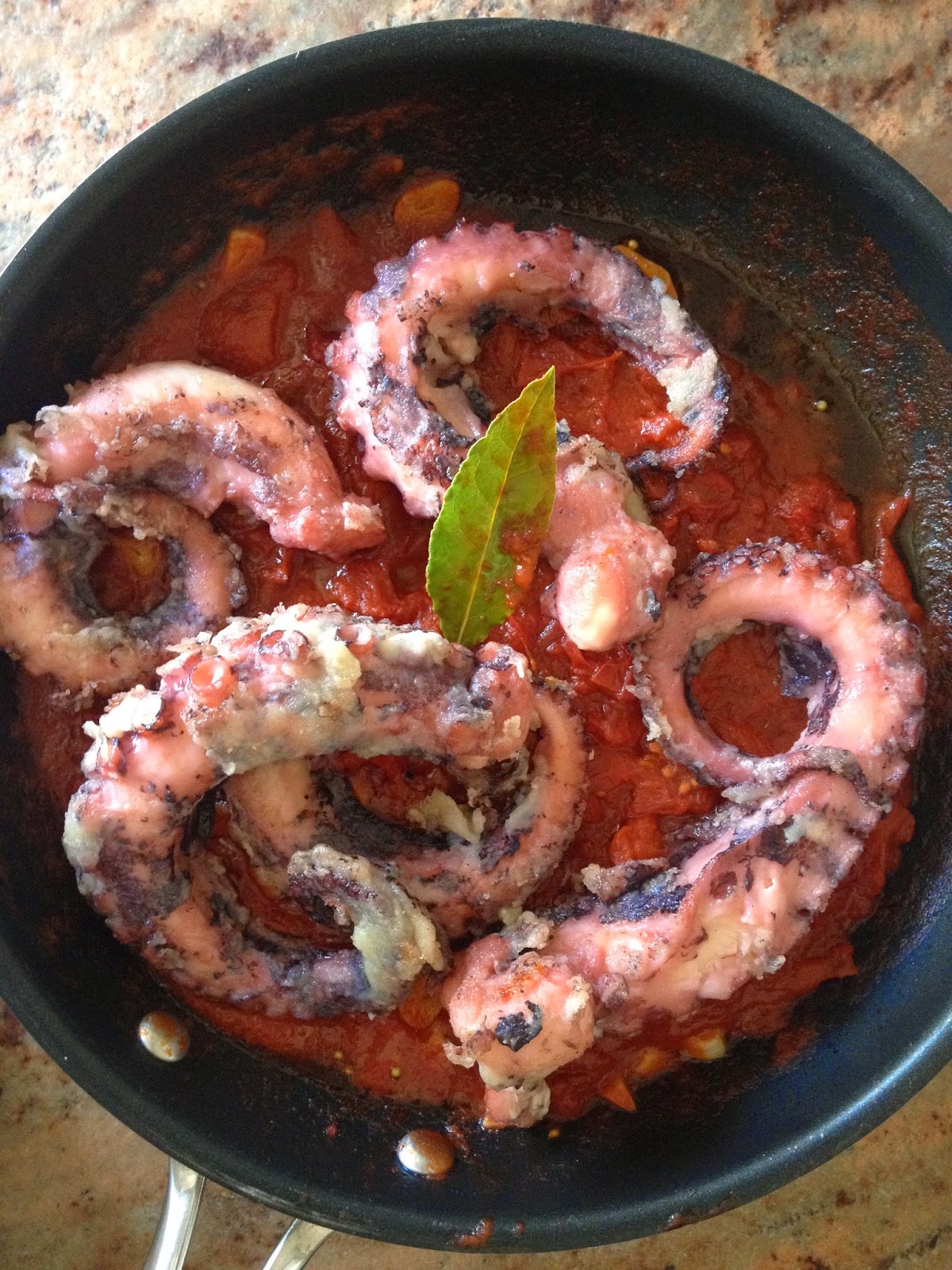 Posted by Gianfranco Coizza at 06:21

Email ThisBlogThis!Share to TwitterShare to FacebookShare to Pinterest
Labels: Recipes

Gianfranco Coizza
The idea of this blog grew along with the growth of the belly of my pregnant girlfriend. To become a father changes point of view and perspective on many things, and obviously on the idea of food too: especially for someone who deals with food and gastronomy professionally, as I do. During the time of the pregnancy I often thought of the food I will prepare one day for my son, of the many things I want to teach him… and I found out that actually there are countless things I need to learn first. So this blog is going to be a quest for a healthier, better, happier lifestyle which I am aiming to achieve for myself and my family and which I am going to share with you. I am going to bring in, just like ingredients: my experiences, my traditions, my creativity and my knowledge. I will mix them up with the same sort of ingredients coming from different people and countries and hopefully we will come up with some amazing recipes of soul food. Gianfranco Coizza